Trashed (2012)
MOVIE SUMMARY:
TRASHED : A DOCUMENTARY FEATURE FILM BY BLENHEIM FILMS WITH JEREMY IRONS
Academy Award winning actor Jeremy Irons is no stranger to taking centre stage. But his next role, in a documentary highlighting solutions to the pressing environmental problems facing us all, could well be his most important yet.
Trashed - No Place For Waste looks at the risks to the food chain and the environment through pollution of our air, land and sea by waste. The film reveals surprising truths about very immediate and potent dangers to our health. It is a global conversation from Iceland to Indonesia between the film star Jeremy Irons and scientists, politicians and ordinary individuals whose health and livelihoods have been fundamentally affected by waste pollution. Visually and emotionally the film is both horrific and beautiful: an interplay of human interest and political wake-up call. But it ends on a message of hope: showing how the risks to our survival can easily be averted through sustainable approaches that provide far more employment than the current 'waste industry.'
Jeremy Irons stands on a beach beside the ancient Lebanese city of Sidon. Above him towers a mountain of rubbish—a pullulating eyesore of medical waste, household trash, toxic fluids and dead animals—the result of thirty years of consumption by just one small city out of how many in the world? As the day’s new consignments are tipped on top, debris tumbles off the side and into the blue of the Mediterranean. Surrounded by a vast reach of plastic bottles, a forlorn Jeremy Irons stares at the horizon. “Appalling,” he mutters.
In the new docu-feature “TRASHED,” a Blenheim Films production, produced and directed by British filmmaker Candida Brady (Madam and the Dying Swan), which has been selected to receive a Special Screening at the Cannes Film Festival this month, Irons sets out to discover the extent and effects of the global waste problem, as he travels around the world to beautiful destinations tainted by pollution. This is a meticulous, brave investigative journey that takes Irons (and us) from skepticism to sorrow and from horror to hope. Brady’s narrative is vividly propelled by an original score created by Academy Award winning composer Vangelis.
Movie Title: Trashed (2012)
In Theaters: May 2012
MPAA Rating: NR
Genres: Documentary
Distributors: Blenheim Films
Run Time: 1 Hr. 40 Min.
Director: Candida Brady
Art Director: Garry Waller
Director of Photography: Sean Bobbitt BSC
Writers: Candida Brady
Stars: Jeremy Irons
Original Music: Vangelis
Film Editing: James Coward, Kate Coggins, Jamie Trevill
Studio: The Mill and Creativity Media
Click Here to Download Full Movie
Don't waste your time, just click the below button and get Enjoy 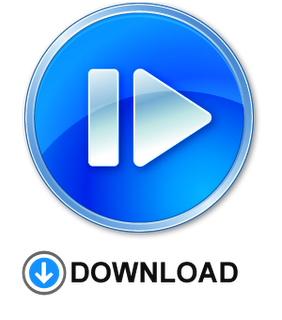